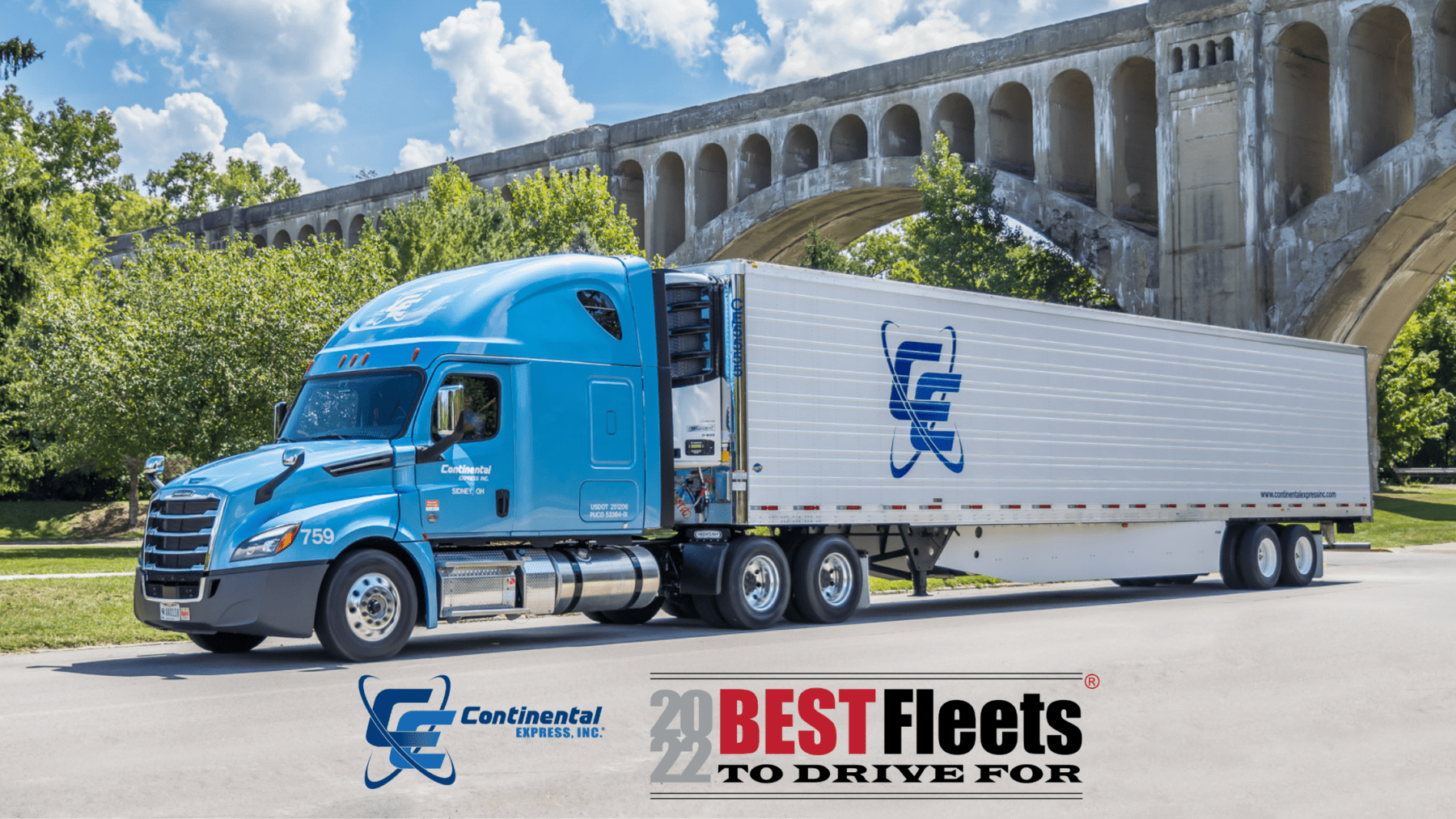 Continental Express secured their first-ever Best Fleets to Drive For recognition from the Truckload Carrier’s Association. The association selects 20 stand-out trucking companies for the acknowledgment each year.

For the 2022 title, a record 207 companies received nominations. Continental Express, in its first year on the nomination list, secured recognition as one of the top 10 large North American fleets of 300 drivers or more. Ten companies are chosen in an additional category designated for small fleets. It is the only award of its kind for the industry.

“We are so truly excited to receive this award,” said Kiera Sullivan, Continental Express’ vice president and general counsel in a press release. “Most importantly, we’re proud of all of the individuals who make up the Continental team. We put a lot of thought, effort and resources into our equipment, facilities, technology, and benefits, but at the end of the day, it comes down to our amazing people who work hard every single day to strive for innovation, growth, superior service, and ultimately, happy and fulfilled people. It is our team of people who create our strong culture and a driver-first organization. It is so gratifying to see their efforts validated.”

As Sullivan notes, there are many elements evaluated to be considered a Best Fleet.

The process to the Best Fleet recognition begins with a nomination. A driver from the company recommends their company of choice to Best Fleets to Drive For. The Best Fleets team, run by the Truckload Carrier Association and software company, CarriersEdge, then reaches out to the nominated company.

From there, the companies answer questions, gather supporting documents and participate in in-depth interviews with the company’s operations staff and drivers.

“With a solid combination of programs across a range of categories, it’s no wonder that driver satisfaction levels are so high at Continental Express. We expect to see them in the Top 20 for years to come!” said Jane Jazrawy, CEO of CarriersEdge, said in the release.

Continuously working to maintain their status as a top fleet for drivers is exactly what Continental Express intends to do.

Bradley Gottemoeller, manager of operations at Continental Express, said in the release, “We’ve seen a lot of growth recently.”

In 2021, Continental Express opened two terminals, one in Columbus and another in Lyndhurst, Virginia. Its Indianapolis terminal underwent expansions, opening a paid CDL school for individuals to earn their commercial driver’s license.

Continental Express also made technological advancements, rolling out their custom, in-house built app, CE-GO to all 500 trucks in their fleet, issuing company iPads to all drivers.

Gottemoeller continued, “It’s our amazing team of individuals here at CE that makes this possible. Their efforts earned us this recognition and the opportunities it presents for the future. We not only think this will stimulate new growth opportunities on all levels of our business but gain more visibility for our driver-centric philosophy of ‘Driving the Future – One Mile At A Time.’”

The overall winner of the title, Best Fleet to Drive For 2022 will be selected and honored in March 2022, at the TCA’s annual conference in Las Vegas.