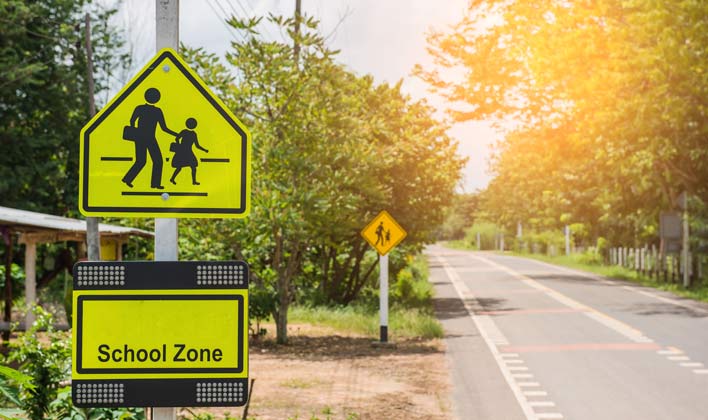 As it always happens, summer has passed too quickly and over 56 million children go back to school. The daily school routine is hectic for parents which means the roads will be even busier with drivers that could be distracted with other things other than paying attention to the road. Taking their eyes off the road for a split second will increase the likelihood of an incident occurring. In addition, millions of children walk and ride their bikes to school each day. With all this commotion, it is now more important than ever for truck drivers to be extremely careful.

Despite taking all the precautions, accidents happen sometimes and we have no control over them. But being a victim of any such accident demands contacting an injury lawyer at Tom Fowler Law or similar firms to receive the compensation, the victim is entitled to. It would at least help the child’s family take care of the medical expenses while the child heals.

It is important to note that there were 264 school-age children killed in school-transportation-related crashes between 2008 and 2017. Approximately 200 of these children were killed walking or biking, waiting for the bus or riding in another vehicle.

By following some basic guidelines, you can do your part to keep kids safe.

2. Be alert for buses

It can be frustrating for drivers to be stuck behind a school bus that makes frequent stops. It’s essential, though, that you don’t pass a bus as it’s picking up children to take them to school or dropping them off after school. It is illegal in every state in this country to pass a bus stopped with its stop arm extended and lights flashing. Try to stay farther behind a bus than you would another vehicle. This gives you more time to stop when necessary. Many experts point out that the ten feet around a school bus is the most dangerous for children.

Before and after school, a lot of children walk or ride their bike. Not all of them utilize the appropriate crosswalks, making it dangerous for drivers in the area. Be especially alert near schools, and keep your eyes on the road at all times. Follow the signs of school crossing guards, even if you’re in a hurry. If you drive in a neighborhood around the time children are dismissed from school, watch for kids playing in and around the street.

If you know you’re going to be driving near a school during the typical arrival or dismissal times, give yourself extra time to reach your destination. Use major highways and interstates rather than residential routes, even in towns and cities with colleges and/or universities.

Here are some additional back to school safety tips, courtesy of the National Safety Council:

• Don’t block the crosswalk when stopped at a red light or waiting to make a turn, forcing pedestrians to go around you; this could put them in the path of moving traffic.

• In a school zone when flashers are blinking, stop and yield to pedestrians crossing the crosswalk or intersection.

• Don’t honk or rev your engine to scare a pedestrian, even if you have the right of way.

• Always use extreme caution to avoid striking pedestrians wherever they may be, no matter who has the right of way.